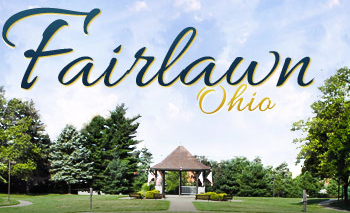 Posted at 16:58h in News Source by Briana Juliano

Last month Mayor Bill Roth of Fairlawn, Ohio, told National Public Radio affiliate Radio WOSU, that when he told some industry people that the town might start its own municipal broadband company, he was told “good luck.”

Municipal Broadband as a Service

The town of Fairlawn wanted to encourage economic development and attract companies. The population is 7,400 people, but swells to more than 30,000 daily with workers commuting in. The town already had three attributes that attract businesses:

But like many, many cities throughout the United States, a lack of high-speed broadband is often a deal-breaker for prospective companies that pay taxes and employ citizens.

But the big negative that most of these companies had was our Internet was not up to par with what they deemed proper or what they could use,” Roth said. “So we started looking around and were shocked to find out that the average internet speed in Ohio in December 2014 was 48th out of 50 states.”

Fairlawn is in Northeast Ohio, notorious for digital divide. So, while the town would like the new broadband utility to eventually pay for itself, they did use general funds to start it. According to GovTech, it cost Fairlawn about $10 million in investment.

If You Build Municipal Broadband…

New companies will come, and home values will go up. At least that has been the case for Fairlawn.

Roth also explained that the availability of fiber optic cable to every house has increased home values — up 8 percent in 2017 — as well as home sales, encouraging people to move to the town.

We’ve actually had some residents tell us their children are considering moving back home to our area because of this,” the mayor said.

Fiber is provided to every household via a municipal broadband operation run out of the town’s data center in its Public Service Department building.

The municipal company offers speeds up to 1 gigabit per second for $75 per month. Homeowners are typically interested in the 150 megabit speed option for $55 per month.

Fairlawn officials planned for about 35 percent of the town to sign up for the service but they’ve achieved 50 percent so far. Fairlawn Gig’s customers are running at least five times faster than most commercial broadband, according to the story.

Staten said in a recent Community Broadband Networks podcast that everyone is doing a lot more streaming now with the network.

Businesses were slower to sign-on, but the town held luncheons and connected with the business community to talk more about their needs and how the broadband utility could meet them.

On the resident side, the town’s trash services engage customers about opportunities to become broadband utility customers.

The town also holds streaming Q&As for residents, town employees and elected officials and senior citizens, since streaming was not really possible before the service became available.

The town’s biggest challenge, according to Staten, was setting up broadband utility billing. The town did not operate utility billing prior to Fairlawn Gig’s launch. The only public utility, water and sewer service, is run by the city of Akron. Both cities are part of a Joint Economic Development District (JEDD).

Fairlawn is also building a municipal wireless system using a tower on town property and utility poles in several locations that it hopes to complete in 2018. Customers can use the secure WiFi network for free, and guests can also connect.

Fairlawn Gig also provides service to other areas of its JEDD with Akron and Bath, Ohio.

Not far away, the city of Hudson, Ohio, is also laying underground fiber and wiring utility poles that are municipally owned, pledging to be the state’s first “Gigabit City.”

According to the Star Beacon, proposed state legislation could establish the Ohio Broadband Development Grant Program, which would award up to $49 million over two years to municipalities, businesses, nonprofits and others to research, test and develop broadband in underserved areas. The current proposal specifies individual awards up to $5 million per project, or half the total cost and be administered through the Ohio Development Services Agency.

*Article featured on EfficientGov.com by Andrea Fox. For the full article, visit their website.
*Photo from the City of Fairlawn town website.