We have it from reliable sources that spread around the walls of executives at AT&T, Verizon, and Comcast are pictures from Aesop’s fable about the tortoise and hare, the tortoise winning the hotly contested foot race.  Under each is a title, Esperance, an old English and current French word for Hope.  These companies are massive, and massively successful, but they are slow, and encumbered with watchful investors who need higher returns now.   While their existing telephone and cable television wiring has made Internet access in America a possibility at the speed of the hare, they are not equipped to rush to the next stage of things, a stage they widely acknowledge, of new fiber optics wiring all the way to the home and small business.   It is less a question of capacity—trucks and linemen and cabling—as it is a question of money.  There is not enough incremental return for the expense in most areas.  AT&T and Verizon crow in their public statements that they pass (in total between them) more then 30 million homes with fiber optic, but they have connected fewer than 10 million, leaving 118 million to go.  The number they have connected in rural America is zero. 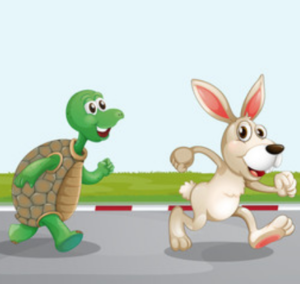 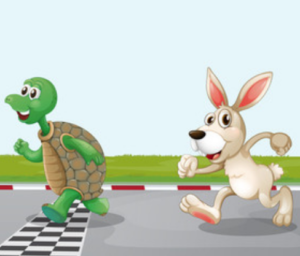 Meanwhile several hundred small and medium size towns, electric utilities, and rural telephone companies have installed very successful fiber optics networks over the last decade.  None are in Connecticut; indeed Connecticut is only one of three state with none.  The poster child is Chattanooga, TN, which finished in 2013 and now enjoys the robust economic development gigabit networks promote. We are not saying they happened over night.  They took time to convince elected officials and community members of the need.  Furthermore, many received federal or state subsidies, themselves a bureaucratic and time consuming ordeal.  But they have happened, and are happening at an ever increasing rate.  We are hoping to enter that parade, our own form of Esperance.  We may not move with the speed of the hare, but we know we will be years ahead of incumbent carriers in our region.  And they know it.

The reasons lie in our national history of telecommunications.  In 1921 telecommunications was simple.  That year our federal government gave AT&T a green light to gobble up all competitors to create a “natural monopoly” that would insure universal residential service at affordable rates.  It was an amazingly successful adventure.   AT&T did so by transferring money from profits in long distance and business communications to cover losses in residential services, a form of internal subsidy, all approved by state regulatory agencies.  Then the government reversed course and through a law that became effective in 1996 replaced universal service with competition and investment in the three converging markets making up telecommunications—telephone, television, and radio.  It seemed to make sense at the time; all three markets had almost universal coverage then.  But they did not anticipate the speed with which broadband would become a new necessity demanding universal service at affordable rates.

Broadband networks, ones with speeds greater than dial-up modems, became available to some households around 2000.   While it began for computer access, the iPhone, introduced in 2007, stormed into our world.  Over the last decade more than 700 billion smart phones have been sold, every one needing a broadband network, most using wireline rather than cell phone networks most of the time (like 75%).  Happily in America, existing wiring from telephone and cable television companies equipped with suitable modems filled the bill.  But speeds are ever increasing.  Telephone wiring has already been left in the dust, and cable television wiring will soon follow suit.  We will need fiber optics networks for all over the next decade, and sooner rather than later if we are to have universal service and by so doing retain our leadership in global telecommunications.

For our corner of the world our destiny is truly in our hands.  Unlike other rural areas in America, we have cable television networks supplying internet access to 65% of our homes.  We are thus unable to win government grants that go to fully “unserved” communities.  If we want to be the hare and beat the tortoise this time, we must do it ourselves. Unfortunately, the technical and business climate is complex, confusing, and dogged by pleas from incumbent carriers that things like 5G are just around the corner and all is right with the world.  Their hope, their Esperance, is that we will be convinced and sit on our municipal hands until they can find a way of making networks happen here, sometime after 2040.  They want us to be however we imagine the hare to be to lose the race.  We cannot afford to wait.  So, we devote this section of our web site to more depth on the technology, the issues, and the business cases than can be found anywhere else as far as we know.

Some of this material will be contentious, by design.  We invite anyone with counterarguments (that are not just denials or assertions of incompetence) to send them to us; we will publish those that are relevant and well-meaning, with our reply.  This is a community effort.  The community should be satisfied that we are doing the right thing for the right reasons.

Do NOT follow this link or you will be banned from the site!